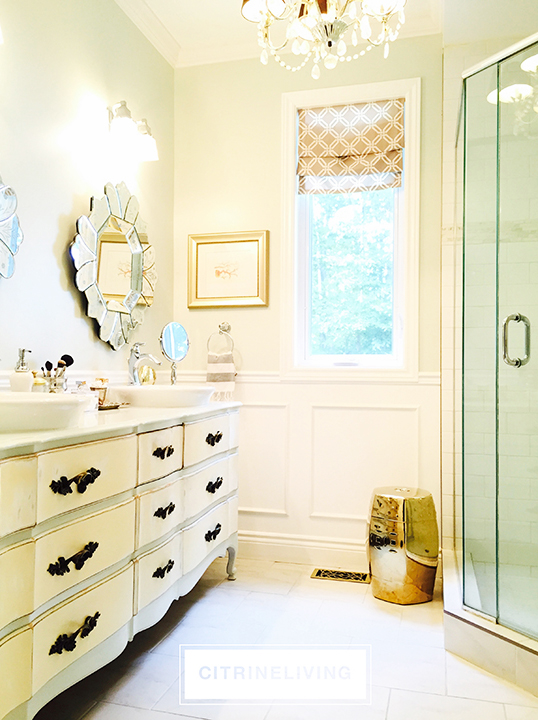 Warning, this is not a glamorous post! I’ve written before about our master bathroom, which has a vintage, French inspired feel to it. Mainly because we had bought an old dresser and used it as our vanity – at the time we were looking for ways to spend as little as possible because we wanted to flip this house right away. We do plan on changing it out since we’re still here, as you already know! But today I’m talking about the shower and the last minute ‘mini’ (well, sort of mini) reno that is underway as we speak! I wish I had taken good photos of our shower before, but unfortunately I only have a sliver of it as shown in the photo above.

In a nutshell, we’ve had a leak in the shower since we built the house. My husband and I did most of the finishing ourselves, except the kitchen and bathrooms. Our builder, Habitations Robert, has been extremely helpful and has come to fix the problem every time it reoccurs. It started 3 years after moving in, there was water damage in the walls, which they believed was from water running along the metal tracks of the base of the glass, through the grout and into the wall causing damage. The glass and some tiles were removed and the walls repaired and repainted. The shower was up and running again and back to brand new. Until two years later…This past fall, the shower started to leak again, and once again, it was believed the issue was coming from the installation of the glass and metal tracks. So another reinstall of the glass and new metal tracks was done and the problem was fixed. Wrong. Thankfully, when our builder’s new tile installer came to start working on the shower (the plan was to remove all the grout, regrout and once again reinstall the glass and tracks), they recognized immediataly what the issue  actually was. When the grout came out, water came out with it! 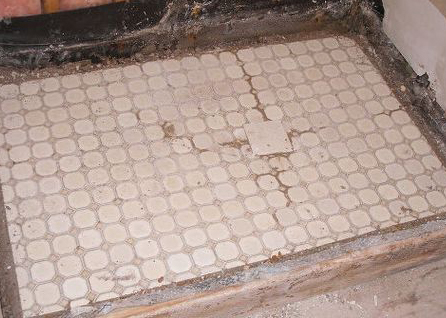 **PLEASE NOTE, THIS IS NOT OUR SHOWER!!** But those dark lines you see are similar to what we had. All along I thought it was from having hard water, which makes it very difficult to clean, but as soon as the installer took one look he said the issue was water UNDER THE FLOOR! Yes, water under the floor, between the tile and membrane. Long story short, the water damage went up the sides as well and into the lower part of the walls – which caused damaged the first time, not the metal tracks as everyone had thought.

So now, we find ourselves in the middle of a mini reno…take a look at the progress so far.

All water damage in the lower part of the wall – the floor and cement base has already been ripped out. 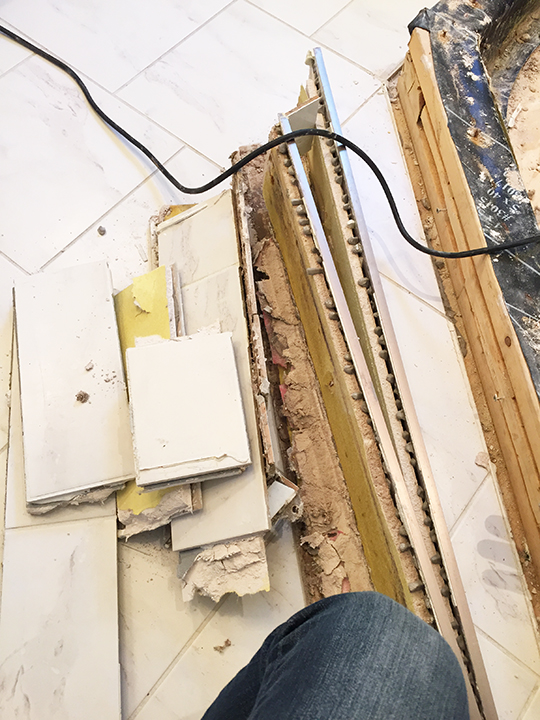 The base has also been taken out and the framing removed. 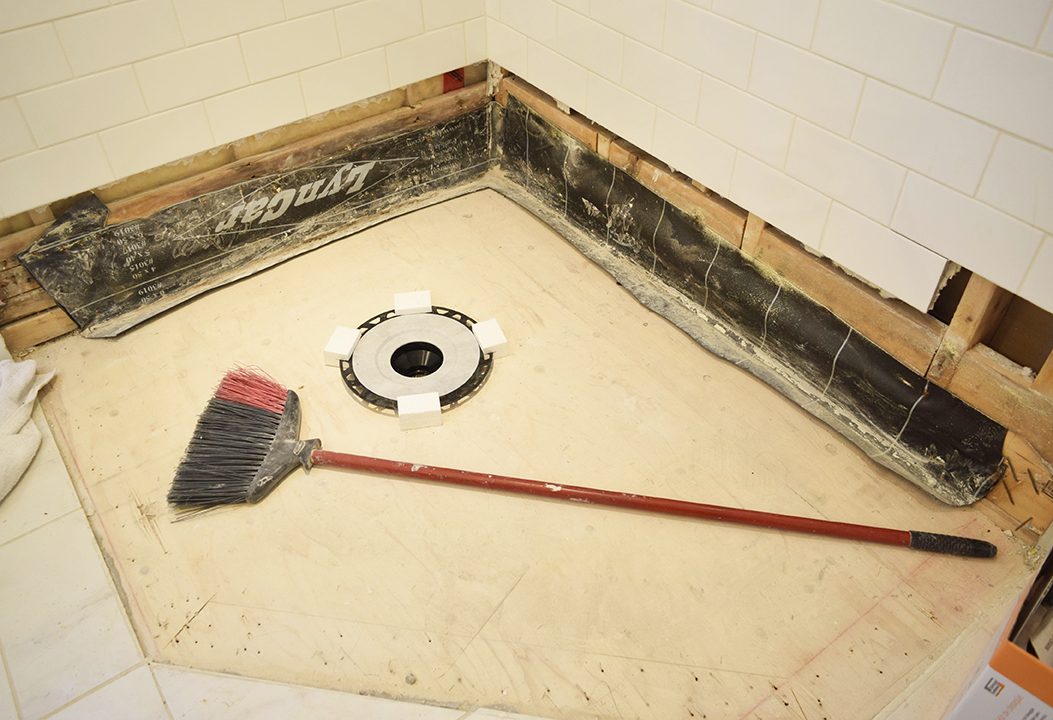 A new drain installed as well – which was the main issue – the installation between the drain and membrane underneath the tile is where the water was getting in, hence creating those dark zigzag like lines on the floor, because the water kept coming up. When we looked very closely at the drain, water was there all around the edges…

It’s starting to take shape! This is a styrofoam base rather than a wood base – much better for waterproofing.

The cement floor is in and now we’re just waiting for it to dry. New walls installed, which are waterproof, ready for new subway tile. 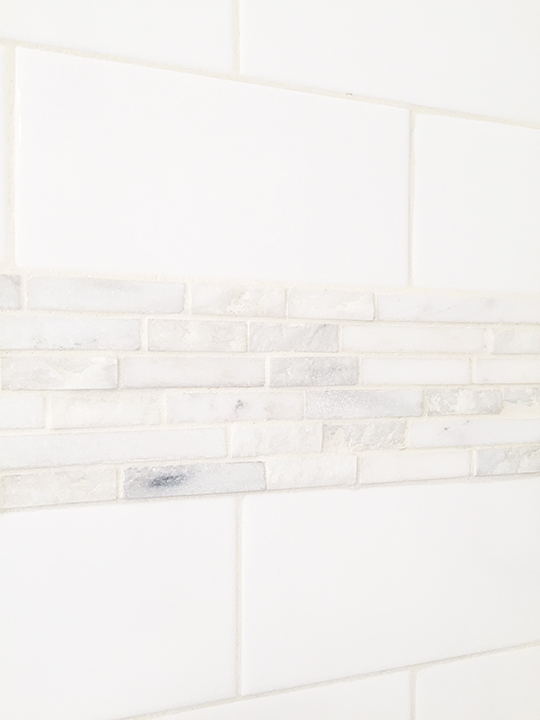 Here’s a wall detail. We have white subway with a rustic marble border (we used this on our kitchen backsplash as well). I wanted marble tile on the floor for a more cohesive look. Originally, we had a mini white porcelain subway tile and it was always dingy looking. I would advise against it for anyone with hard water!

I’d been debating between the herringbone and hexagon, but ultimately chose the former. 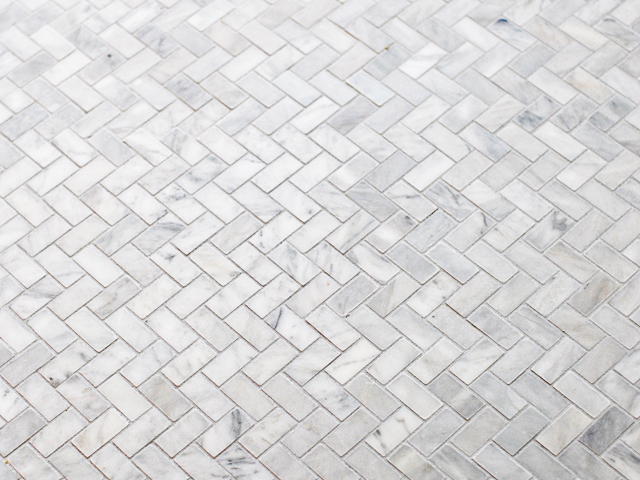 This is more or less what the look of the floor will be – I’m very anxious to get this finished!

Stay tuned, I’ll be doing an update on the finished shower next week, if it’s all done by then. Hope you learned a little bit about having a custom shower built – make sure your membrane is installed properly around the drain and that the proper materials are used! Thanks for reading along with me today! xo

Whether you like sleek and contemporary, or traditional and old-world, there is something out there for you when it comes…

I rarely share our bathrooms on the blog for a couple of reasons. First of all, they can be tricky to… 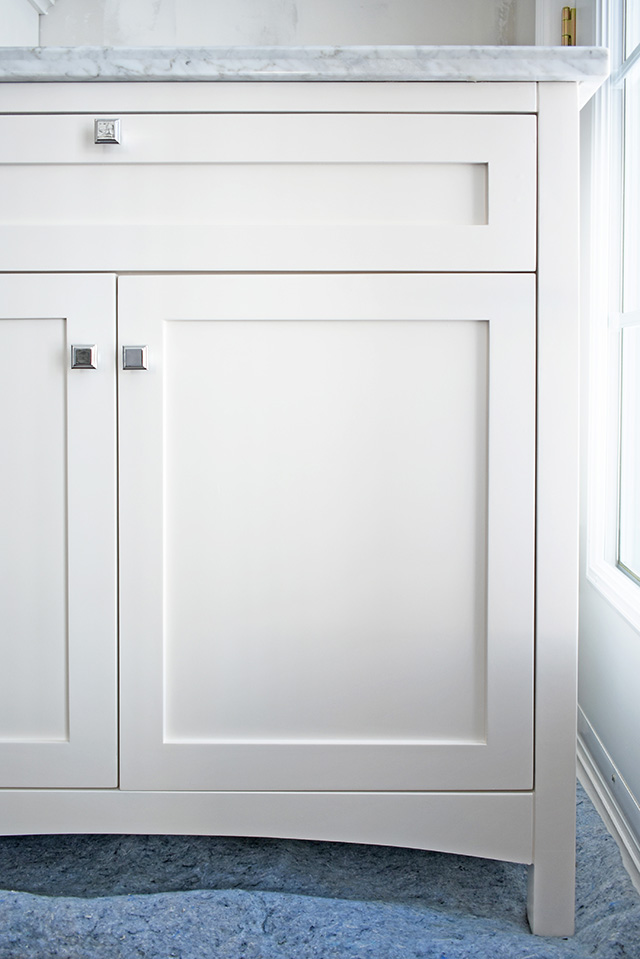 Do you remember last Summer, when we updated our kids’ small bathroom for less than $500? We wallpapered (I actually… 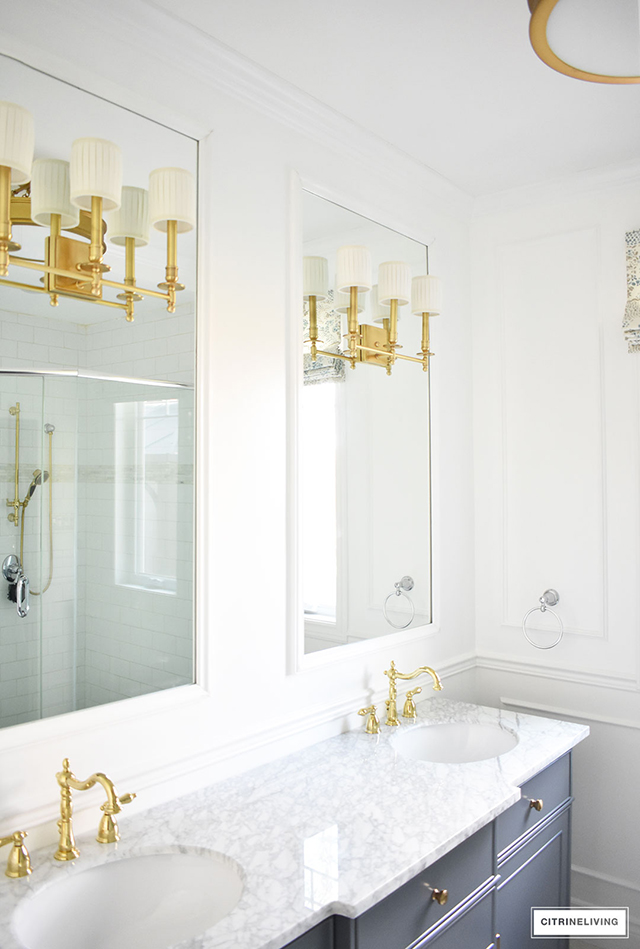 Let me start by saying that last week, I spoke a little too soon. While I thought we were making… 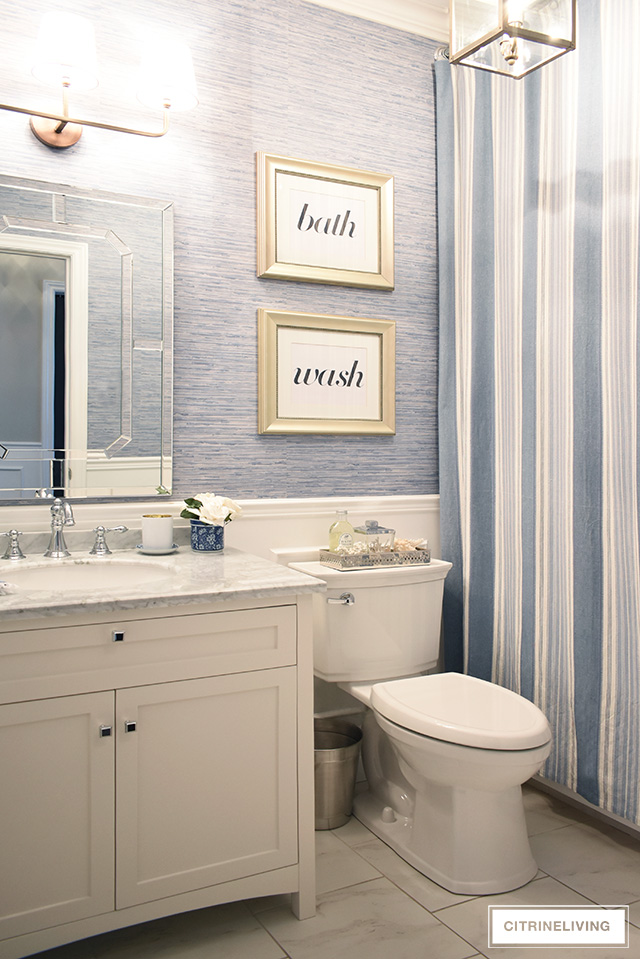 I’m finally sharing this finished bathroom! When I gave this space a small, low budget makeover last Summer, I was… 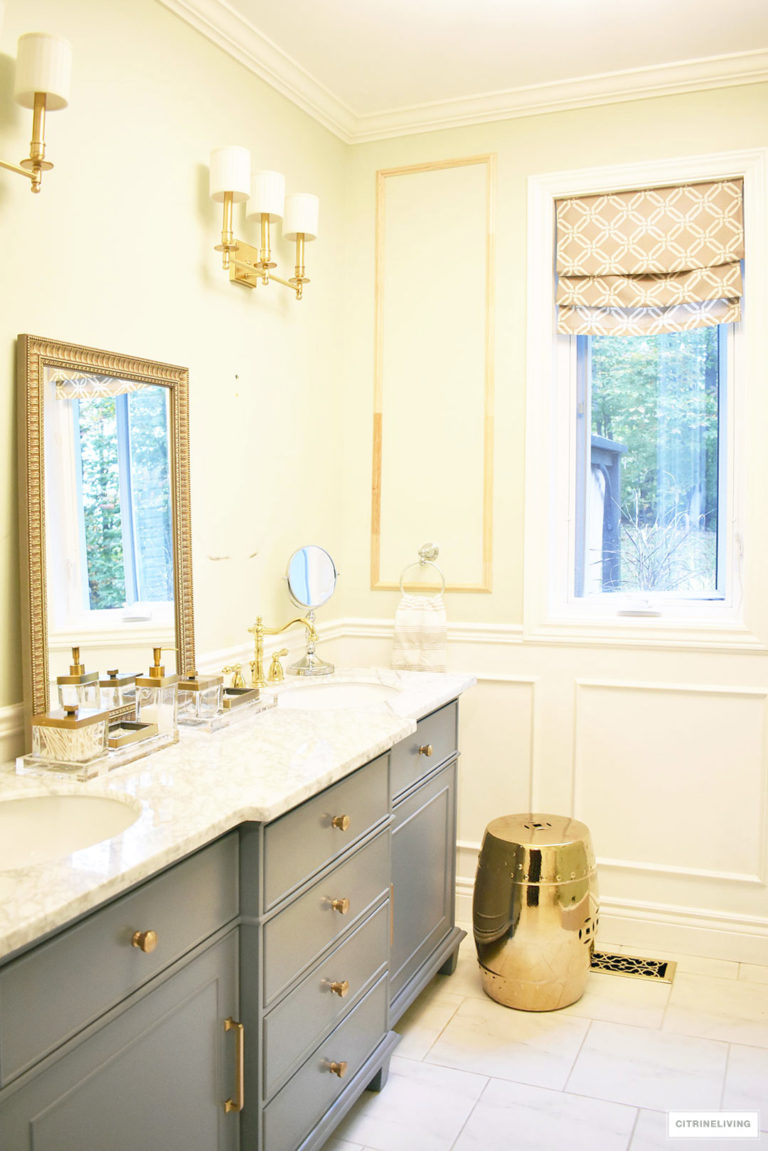 Welcome to Week Three of the One Room Challenge! Can you believe this marks the halfway point of the challenge?… 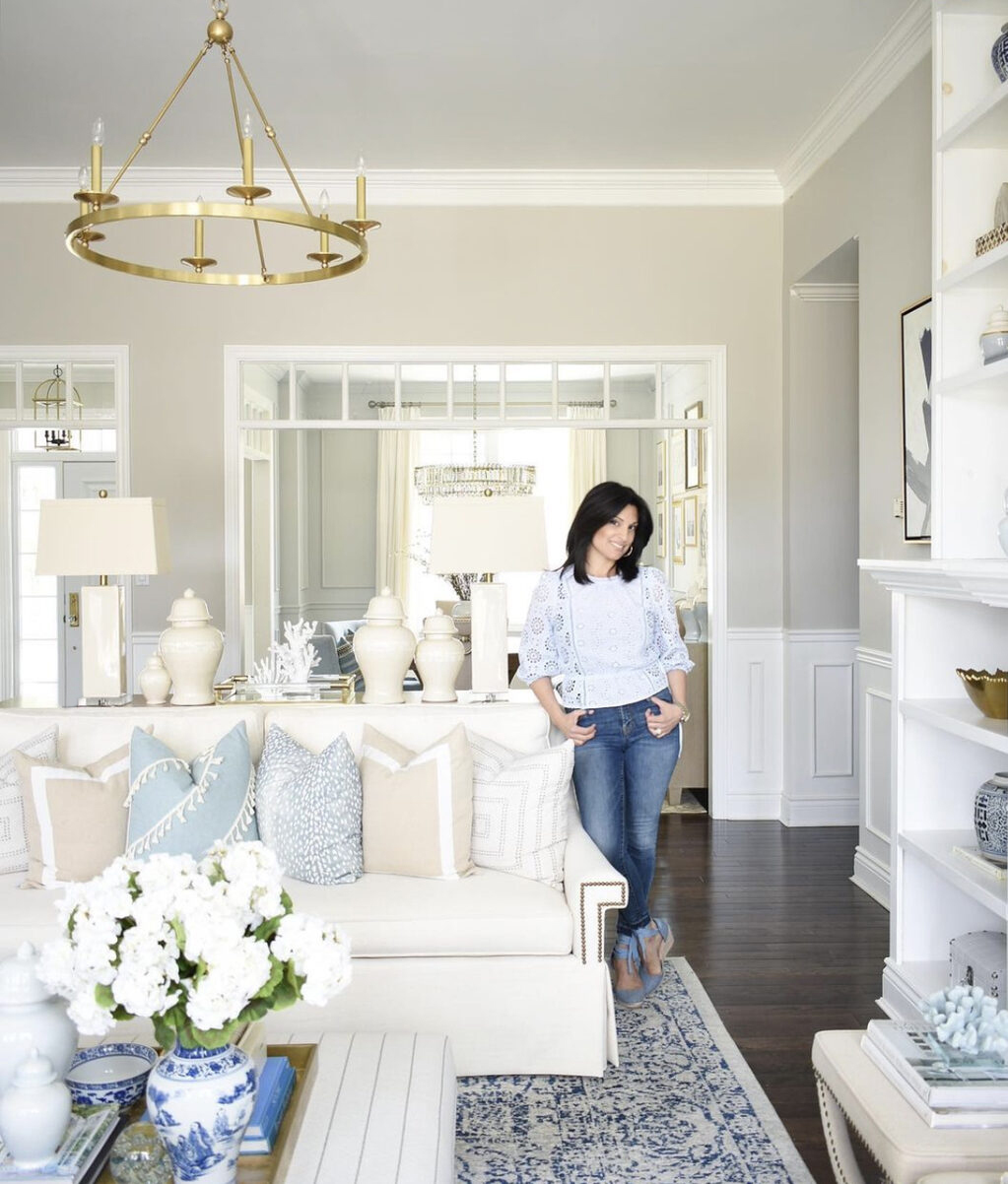 Thanks for stopping by, I’m so happy that you’re here! I love to create beautiful spaces and I believe if we surround ourselves with what we truly love, we can create a home that inspires us, each and every day. I hope you enjoy your stay while you’re here and find some inspiration for your every day! xo